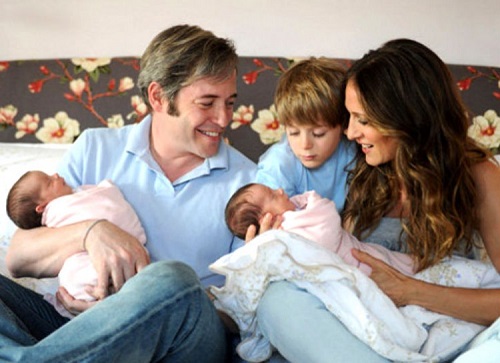 She’s known for her sassy fashionista role as the one and only Carrie Bradshaw in Sex and the City (and more recently, you’ve seen her in Divorce) and he’s still making us laugh every time we rewatch Ferris Bueller’s Day Off (for the nineteenth time). Sarah Jessica Parker and Metthew Broderick are the parents of three adorable and happy kids – Jessica gave birth to the couple’s first child back in 2002, a son named James Wilkie Broderick – and seven years later, the couple went the surrogacy route and welcomed their twin girls Marion and Tabitha into the world. While the two famous actors did not plan on having twins, they were both delighted with the news that they were going to become a family of five.